PAST TIME IS FINITE, FUTURE TIME IS INFINITE

The central work in this show was a video about the Kielder Reservoir in Northumberland and its impact on the landscape and everything that was there before. The video’s soundtrack was a range of ambient sounds; the ‘commentary’ was provided by text subtitles, rather than voiceover. The artist, who was present when I visited, explained that she wanted viewers to read the words in their own head, not hear them spoken by someone else.

The reservoir was created to provide water for industrial production but it was never needed and has become instead a leisure facility. Different aspects of time are here: the timescales of nature, shown in tree-rings; historical time as we move into a post-industrial age; human lifespan, as people and their relationship to the area changes; and space time, as seen from the Kielder Observatory.

Often it isn’t clear what we are looking at or what is happening in the film – the purpose of the machinery is unknown, the roads don’t lead anywhere. People are almost absent, only appearing as silhouettes or shadows. The dominant theme is time and the relationship between time and space.

‘the shadow of change lay across everything’

There is a visual and conceptual layering which is repeated in the print works which accompany the film and draw on the same research. You are conscious of the separate images but also of the merged whole. The layers are compressed into something new; sometimes there are gaps, like gaps in a recollection.

‘my memories felt like the thoughts of a stranger’ 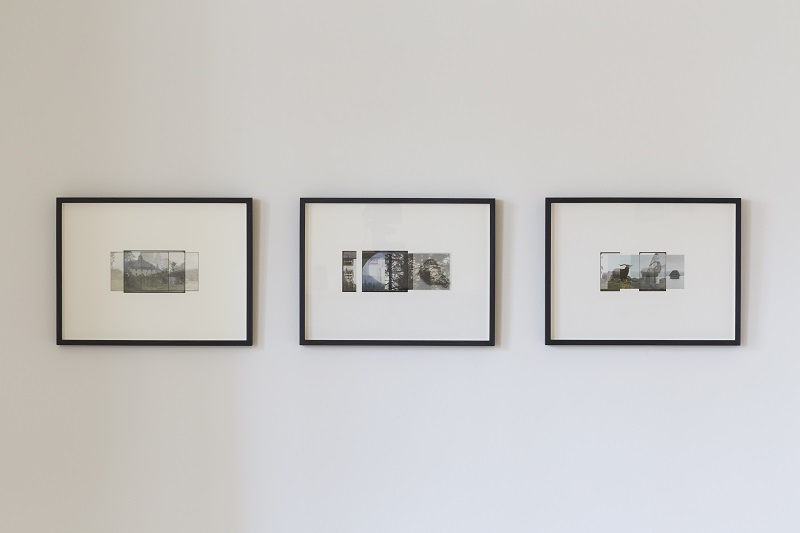